Michael Adam Buno was born on Wednesday, July 4th at 5:27pm, at Lehigh Valley Hospital.  Michael has a big brother named Justin, who he calls “Buddy”, and a new little brother, Johnathan, whom was just born on August 26th. Michael loves his brothers very much. Justin plays cars with him and even shows him how to play video games too. Mikey idolizes his brother, and does everything Justin does. 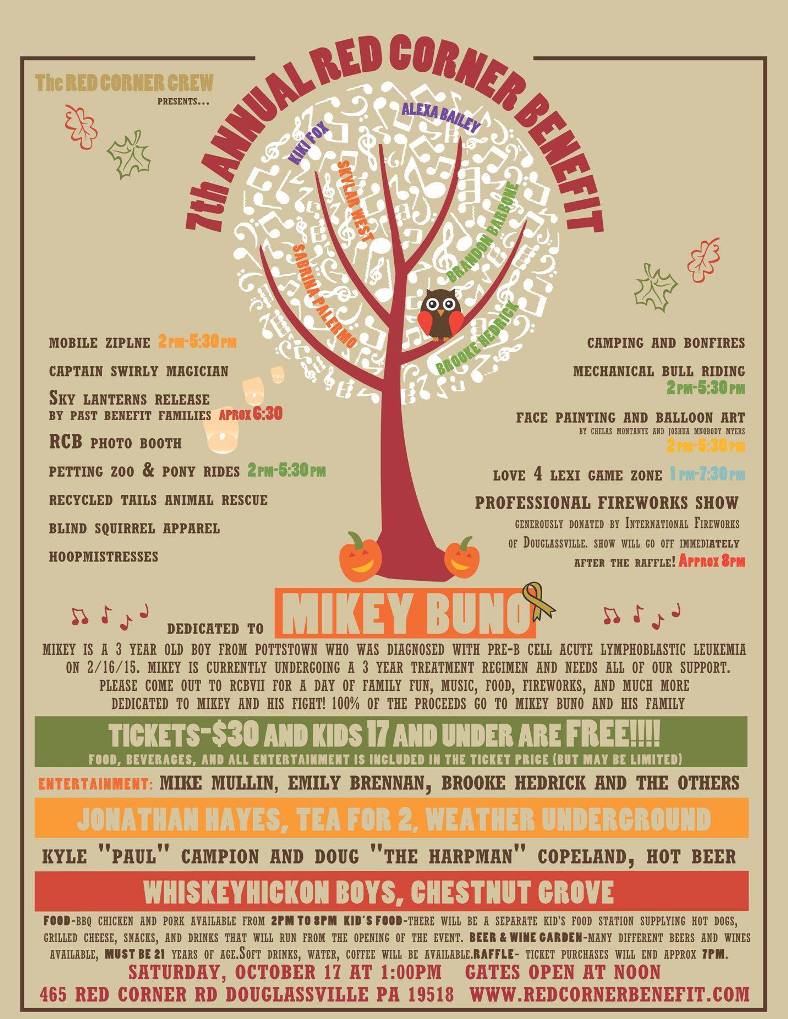 In January Michael started with this really bad fever so we took him to the family doctor. She claimed he had a virus and to expect him to start vomiting soon. Since it was only a virus we brought him home, however the fever did not go away. At this point my husband called me at work saying Michael had an un-soothable cry and his belly hurt. So, back to the doctor’s office we went. The doctor said it was not his appendix, but to keep an eye on him. If it got worse we were to go to the ER. The following day my husband calls saying it was bad again, and so I told him to go to the Pottstown ER but there was a two-hour wait. I then told my husband to leave Pottstown and go straight to Patient First in Pottstown. There they instructed my husband to take Michael to Lehigh for an ultra sound; so he did and I met him there. We spent the night at the hospital and the tests all came back that it wasn’t his appendix, but that he had what was called intussusception. This is where the small intestine goes inside the large intestine, but it resolved itself. They took a blood sample and said his hemoglobin was low, but said it was normal for someone fighting a virus. With this information doctors sent us home once again.

Meanwhile the fever persisted so I had been giving him Motrin, meanwhile it was going on two weeks. Right around this time is when Mikey started having black tar looking stool in his diapers, which is when I called my husband’s Aunt Bobbie. She told me to take him to CHOP right away, because that was a sign of internal bleeding. I called our family doctor to let her know what was going on. I drove home and picked Justin and Mikey up and went to Philadelphia. While at CHOP they took a blood sample, and we spent the night. The next day they told us Mikey was anemic and sent us home with an antibiotic and vitamins. However, they did mention that his hemoglobin was even lower than before at Lehigh where he took his blood the week before. Lehigh had told us they would send out a sample for more testing to not worry about it. No sooner do I get back to work on Monday, that I get a phone call from my husband. The doctors from CHIP had called saying that Michael has Leukemia. They wanted Mickey back downtown immediately. This news took about five minutes to sink in, and then I just broke down in my office hallway and I called Bobbie right away.

Monday, February 16th my 2 year old was diagnosed with ALL Leukemia.  It was also the worst day of our lives.  All we knew about cancer is that it kills.  The thought of losing my son was just too much. I watched as they wheeled our son to surgery for his spinal tap, bone marrow aspiration, and to have his port put in.  We spent the next four weeks in the hospital just taking it day by day. We attempted to do our best to keep things normal for Justin Jr. in regards to school and all.  We quickly made arrangements to have Justin stay with his grandparents and they were his transportation to and from school.  As a family we did what we could. I was scared to leave the hospital, scared that he would get sick and end up back in the hospital. So I added signs to my door and allowed no children over to the house. We loaded up on hand sanitizer and everyone in the family got flu shots. We had many middle of the night and early morning visits to Philadelphia.  We would call Mommom and Poppop to come and stay at the house while we took Michael to the ER.

In April and May Michael got sick again and back to the ER but this time we were admitted, Michael had Pneumonia.  He was in the hospital for another two weeks. Justin had to move back in with his Mommom and Poppop.  In the middle of all this I also had to try to keep my appointments to make sure the baby I was pregnant with was healthy. I went for blood work; ultra sounds and regular check ups when I could.  Meanwhile, my husband had put all his doctors appointments on hold for his back. They claimed the worst part of Michael’s treatment is over. Finishing right before his little brother was born. He was scheduled for a spinal tap on Tuesday, August 25th, but he developed a cough and we had to reschedule for 10 days later. However, he did get his regular chemotherapy treatment and we returned home. Later that night I went into labor, and our next little one was born.

Michael is a two year old who is full of energy and life. He is so full of energy that for Christmas, Santa brought him a mini trampoline.  Michael loves pizza and cheese fries.  His favorite toys are trains, dinosaurs and cars. Michael’s treatments will last for three years. He has many more spinal taps and chemotherapy treatments, but the doctors said the worst is past. Through it all Michael has kept a smile and continued to play.  He is an amazing little hero.  Strongest little guy I know, and he brings a smile to all of our faces.